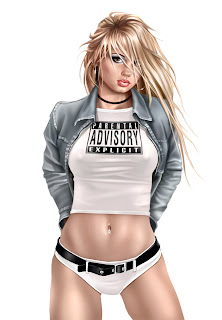 Warning: If you are easily offended, what the hell are you doing here? Seriously, I am going to be a tad bit more explicit than usual. You have been warned!!!

I am so glad that the new tv season is upon us. Besides Heroes, My Name is Earl, and others, one of my favorite series is back this year; Cathouse: Series Two. It's back to the Bunny Ranch one more time. The first episode dealt with three newcomers to the bordello biz. One is an old hand in the adult entertainment industry, one is a mid-western girl next door who just loves sex in all forms and guises, but I am afraid that the other new girl just isn't going to make it.

The problem isn't her looks. She is arguably the best looking of the three with long blond hair, a shapely figure, and the face of an angel. Her problem is strictly one of attitude. She is totally against oral sex. The idea of a prostitute who will not give head is just wrong. It's like going to an International House of Pancakes that doesn't serve syrup with it's pancakes. Hell, I would hazard to say that many men that go to a prostitute do it for a blow job. They might be married to some gal that when she said, I Do, meant that I no longer will.

When I was looking for a pic for the post, I went to the Bunny Ranch Website and looked for a pic of the new girl who refused to google the hoogler but I couldn't find her. (The lengths I will go to for my readers knows no boundaries.) I was amazed. Most all the girls were really good looking but it amazed me the variety of women that are available at the Bunny Ranch. It reminded me of the scene in 'From Dusk Till Dawn' when the doorman played by Cheech Marin barks out one of the most awesome movie quotes of all time, 'All right, pussy, pussy, pussy! Come on in pussy lovers! Here at the Titty Twister we're slashing pussy in half! Give us an offer on our vast selection of pussy, this is a pussy blow out! All right, we got white pussy, black pussy, Spanish pussy, yellow pussy, we got hot pussy, cold pussy, we got wet pussy, we got smelly pussy, we got hairy pussy, bloody pussy, we got snappin' pussy, we got silk pussy, velvet pussy, Naugahyde pussy, we even got horse pussy, dog pussy, chicken pussy! Come on, you want pussy, come on in, pussy lovers! If we don't got it, you don't want it! Come on in, pussy lovers! Attention pussy shoppers! Take advantage of our penny pussy sale! If you buy one piece of pussy at the regular price, you get another piece of pussy of equal or lesser value for only a penny! Try and beat pussy for a penny! If you can find cheaper pussy anywhere else, fuck it!'

After writing this post and all the research that went into it, I feel like pancakes with syrup, lots and lots of sticky sweet syrup.
Posted by :P fuzzbox at 10:46 AM 16 comments:

Is She A Skank? 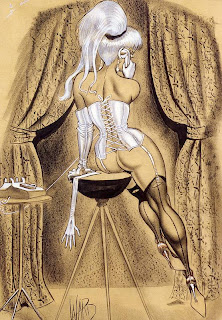 Yes my friends, Phone-A-Friend has a new quick and easy service. The question of whether that potential hook up is a skank is finally answered. When you are at your favorite watering hole and you are wondering whether it is the alcohol or the female sitting at the end of the bar, that is giving you the warm fuzzies, just snap a pic on your cell phone and send it over to Phone-A-Friend. Professional Skank Identifiers will peruse your pic and text you back with an immediate answer. No more going to bed with a 10 and waking up with a 2. You will know immediately that you are actually going to bed with a two. What you do with that information is up to you. Remember if you have listed with Phone-A-Friend and gave us your bottom level number, we will automatically come to your rescue if the pic to our Professional Skank Identifiers ranks lower than that bottom of the barrel number. Just read a testimonial from a happy customer.
I was sittin' in the Happy Horny Toad Saloon and this purty little thang kept givin' me the google eyes. I kin tell ya it was shore nuff givin me a warm feelin' in my Wranglers. I sent Phone-A-Friend a pic off my cell phone and they told me the reason that she was givin' me the google eyes is cuz she was googly eyed. Pershate ya, Delbert McScratchin.
And remember our service is equal opportunity. We know in this day and age, a woman needs our service just as much as a man. Hell if you get in bad enough shape you might even end up with someone like me.
Posted by :P fuzzbox at 11:09 PM 14 comments:

Labels: Blast From The Past, Money Making Schemes, Phone A Friend, Skanks

I Am Always The Last To Know 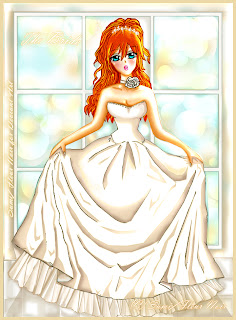 Too bad I didn't run across this site, back when I had three daughters at the house. Even though I am sure that this site is satirical, bringing back a bride price has a nice ring to it for a father of three future brides. At the site, the asking prices are from around $3,000 to $80,000. With the spawn that AJ and I have unleashed on the world, I doubt I could do any better than three or four goats and a used travel trailer. But hope springs eternal and perhaps with the last one that we have at the house, I could take the cash and invest in a square watermelon farm. I believe that the American consumer would go ass over elbows for a square seedless watermelon. It wouldn't take up as much space in a cooler or a refrigerator, and just imagine how many they could stack up in one bin at a Super Wal-Mart.
This way we are not losing a daughter, we are betting the farm.
Posted by :P fuzzbox at 7:26 AM 12 comments: 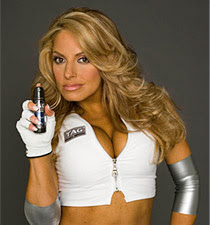 This morning while getting ready, I had another one of my Adult ADD stream of consciousness moments. I reached for the can of TAG body spray. I noticed the line on the can that read, 'Uniquely designed to attract the ladies. You have been warned.' If it is uniquely designed to attract the ladies, if a woman put it on would she attract lesbians?..... If a woman that was attracted to men with hairy chests would she be attracted to hairy chested women?.....I wonder what percentage of women have hair on their chests?.....Why is that an Aussie depilatory cream is named after a testicle, 'Nads'? Shouldn't it be N0-Nads?.....Wouldn't No-Nads be an excellent name for a chemical sterilization process for child abusers?
Posted by :P fuzzbox at 7:49 AM 19 comments: 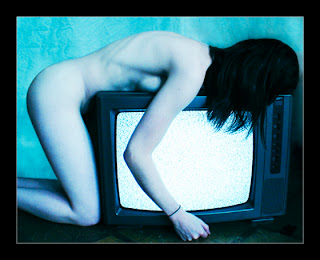 I woke up last night at 3:30 in the morning, coughing, hacking, and drowning in my own snot. The insane amount of rain this year is better for the pollen count than it is for the state of my sinuses. Flipping through the plethora of infomercials, I came across Early Today. WTF, is The Today Show doing on at three-thirty in the damned morning. The only folks up watching the boob tube at that ungodly hour are a small group of insomniacs, a fraction of late night workers, but mostly a bunch of jonesing meth junkies. I doubt that the largest demographic gives a rat's ass about the state of the world affairs, unless it is giving a list of the best places to get anhydrous ammonia, cold tablets, and other ingredients for their toxin of choice.

Maybe they should have a late night network geared to speed freaks. Here are some programming ideas.

1. Action Movies: Movies without such things as plot and with lots of visual stimulation would work best.
2. NASCAR: They always turn left. If you miss a few laps, so what, they will just be making another left in a second.
3. Cops 2.0: Who knows you might pick up a tip or at least see a friend or your dealer.
4. Animaniacs: Those cartoon idiots have to be tweakers.
5. Denise Austin: That bitch has to be on something. I'm guessing crack but who knows she might be tweaking. No one is that excited about jumping up and down at four freakin' am.

Yep, the Tweaker's Television Network is an idea that's time has come.
Posted by :P fuzzbox at 10:05 PM 17 comments: