More Bang For The Book 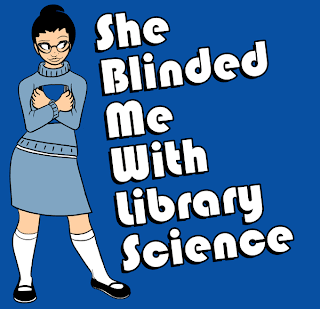 There are books and there are adult books. There are bookstores and there are adult bookstores. There are libraries but I have never heard of adult libraries. I really think there should be, but would the librarians of an adult library be hot young vixens like a porno edition of a naughty librarian or would it be the same image of a librarian with a bun, granny glasses, and a sour expression that comes to mind only wearing skanky underwear underneath their frumpy clothes and shushing people if they make any noise while checking out the fuck books? I don't really know but now I can't get visions of naughty librarians out of my head.

Yet More Wisdom From The Sage 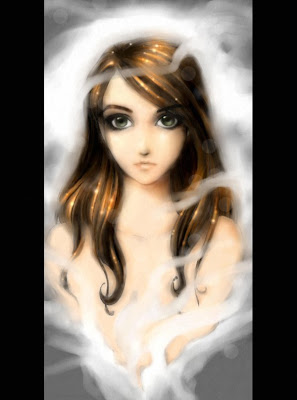 Life is like a bong. Unless you put some really good shit in it, you are just sucking up stale air.
Posted by :P fuzzbox at 10:09 AM 18 comments: 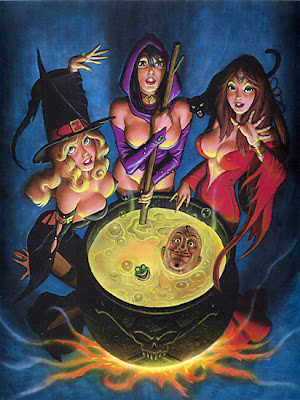 Usually I hate tags but The Weirdgirl tagged me with a meme I couldn't refuse. So here in no particular order are five restaurants that know how to fill that empty place in the gut with the tastiest of grub.

Orlando's - (Lubbock, TX) - They bill themselves as being a little Italian and a lot of fun. If you think that Italian and Texas cuisine aren't a match made in heaven, then just order up some Mafia Queso for your appetizer and prepare to be amazed. The pairing of a damn fine chili con queso and Italian sausage served with both tortilla chips and garlic toast will blow your mind. I generally follow that up with a spicy dish such as Sizzle Shrimp, which is shrimp served with a habenero sauce served over angel hair pasta. And if you have room, they serve some desserts that are truly decadent such as the Chocolate Rum Cake. Makes me hungry just writing about it. Natalie Maines was once a waitress at Orlando's but I hope any of you conservatives don't hold that against them.

Joe Allen's - (Abilene, TX) - Next to my barkyard grill, the best barbeque that I have ever wrapped my mouth around was some good ol' mesquite smoked brisket at Joe Allen's. And the big horse trough filled with iced down cold beer as soon as you walk through the door doesn't hurt none at all.

The SmokeStack Restaurant - (Thurber, Tx) - The Smokestack is an awesome experience. Housed in the old company store for the now defunct mine in Thurber, it has that awesome combo of having a great ambiance and some damn fine homestyle cooking. And when you're there don't forget to pick up some Dr. Pepper made the original way in Dublin, TX. It's Dr. Pepper the way that God intended it. Made with pure cane sugar.

Furr's Cafeteria - (Lubbock, TX and a whole lot of other places) - All you can eat, everything from fried chicken, sirloin and mushrooms, liver and onions, fried okra, the best damned mac and cheese ever made, and more stuff on their buffet line than you can shake a stick at. What more could you ask for? Pie, that's what. And they have got it. Just think of any type of pie that you have ever ate and chances are they will have it.

Texas Roadhouse - (Maybe there is one near you.) I am not usually one for big chain restaurants but the Texas Roadhouse is an exception. They have never overcooked my steak one solitary time and that is a big plus for me. When I want it medium rare, I don't want some overzealous cook to destroy a good chunk of beef by cooking all the juicy goodness. And just one tip, don't waste your time with some damned salad. Take the chili instead. They have a mighty tasty chili.

I could go on and on but I will limit myself to these five other than to say if you are going through Dickens, TX then you would be an idiot not to stop at TC's Ponderosa and grab yourself a sliced barbeque brisket sandwich, they could damn near feed two hungry bears. If for some ungodly reason, you ever find yourself in Spur, TX, then you best stop by Los Olivarez and get some of the best damn enchiladas that you will ever eat. And if you find yourself in Matador, TX then stop by Main Street and eat one of the biggest and best burgers ever concocted along with some crazee tastee Onion Rings, and if you tell 'em that Fuzz sent you, you will either get treated royally or kicked out on your ass. That's just according to what the proprietor thinks of my latest post.

Another thing that I got a kick out of was seeing how this meme has played out. Here is how it has got to me.

So now I will do something that I rarely if ever do. I will go ahead and keep the tag rolling. Here are the lucky tags. Michael at Smoke and Mirrors because I think that his and my tastes are similar and if ever I head up that way then I will know where to strap on my feedbag, Keshi at Viva Forever since I want to know what kind of tune she will put up memorialising food. Lisa B at Lisa B In Da City because I know she will know some awesome eateries (she's just cool like that), Rocky from Rocky Road Scholar because first of all I know he is a lot like me and loves some good eating and I do not remember him ever doing a tag, and Big D and Crazy Dan at West Texas Rocks just to see how much they will contradict me.
Posted by :P fuzzbox at 1:06 PM 30 comments: 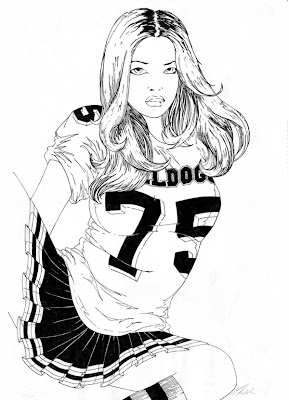