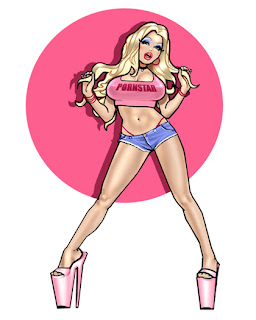 I have always loved game shows. From the smarmy Chuck Woolery with Lingo, to the scowling Simon Cowell of American Idol, I have seen them all. One of my new favorites is Identity with the incomparable Penn Jillette. The object of the game is to identify a group of strangers just by sight. They match up swimsuit models, pre-school teachers, missionaries, cops, criminals, and just about every describable occupation, hobby, and quirks.
As much as I love the show and knowing TVs penchant for creating spin-offs for even mildly popular shows. I have an idea for a great spin-off. 'Pick That Skank' would test contestants ability to pick various types of females from a line up. The first episode would include a nun, a transvestite, a Sunday school teacher, a prostitute, a stay at home mom, a dominatrix, a college student that has appeared on a 'Girls Gone Wild Video', a school lunch lady, a porn star, a virgin, a bag lady, and Hillary Clinton. Future episodes could feature cowgirls, strippers, college professors, romance writers, convenience store checkers, lingerie models, female boxers, Ann Coulter, and the list is endless.
With the ability of make up and costumes to change the look of the various 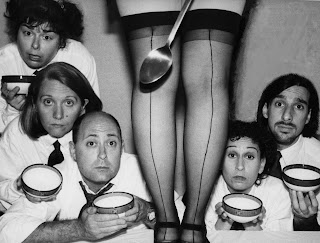 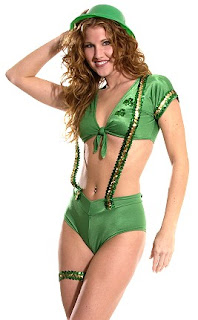 Maybe it's not traditional but one of my newest traditions is the yearly viewing of Leprechaun on the Sci-Fi channel. Like many horror movies it is nearly a complete waste of time. The only redeeming value to the movie is watching a young braless Jennifer Anniston prance around the TV screen.
As I have stated on previous occasions, I do believe that I suffer from Adult ADD. While watching the movie, I couldn't help but think of how Jen looked like a sweet girl next door type that no-one could help but fall in love with. That got me to thinking how she was dumped like an old throw rug when Brad Pitt got the hots for Angelina Jolie. This really got me wondering how many people would dump a sweet, good looking person for a oiled up hot crazed sexpot. This got me to thinking of an old girlfriend that I kicked to the curb because the rough sex just got too damned rough. She bit a damned chunk out of my chest that probably should have received stitches. This got me to thinking about how a humans bite is supposedly worse than any other animal's bite. This got me to thinking that the mosquito is the most dangerous beast due to it's transmission of malaria and other diseases. This got me to thinking of how a good friend of mine once drank only gin and tonics when drinking alcohol because he said that he was protecting himself from malaria due to the quinine in tonic water. This made me think of how the Three Stooges with their shooting tonic water, gouging, biting, hitting, kicking, slapping, and generally beating each other is one of the funniest damn things that I can watch. This made me realize that my wife and most women hate the Three Stooges but most of my male friends and most men laugh like hell at the stooges. This got me to wondering what else men and women find different in life.
Who would have ever thought that watching a bad horror movie from the early '90's would lead me to a philosophical discussion of the differences between the sexes? I guess I will go and revisit the old posts on Beauty v. The Beast.
Posted by :P fuzzbox at 7:47 PM 20 comments:

In It To Win It 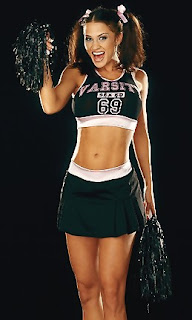 Maybe I bit off more than I can chew but I could not turn down Phat's offer of letting me enter his brackets contest. I am lousy at making brackets. For some reason the Cinderella teams that I pick turn into the ugly step-sister and the big name big time programs that I pick turn into big time losers. I suppose that I am either very unlucky or my pick talents are about equal to my on court talents. Either way, to see how badly I will be stomped just click over to Phat's place and show some love. It should be good for a few laughs at my expense. And what could be better than that?
Posted by :P fuzzbox at 9:50 PM 11 comments: 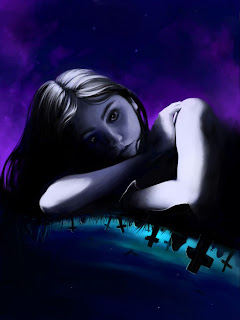 I have been meaning to go on a hiatus or even pulling the plug on Blugstuff but I can't seem to do it. The truth is that I really just don't have the time to give this blog the attention that I once did. My posts have dried up to one or two a week and it is disheartening to me after the pride that I took at posting daily. It's not that I don't have anything to say. It is just that I don't have the time to say it anymore. So I will keep doing my occasional posts and limp along hoping that someday I can get back to posting more frequently.

I am also sorry that I do not have time to check on my blogroll and all my blogfriends as much as I would like. I try diligently to keep up but there are just not enough hours in the day. Yet, I do try and keep up even if it means setting aside one day to check on what everyone is doing all week long. Tuesday is that day, this week, so I will see you tomorrow and thanks so much for putting up with my half-assed blogging as of late.
Posted by :P fuzzbox at 9:51 PM 31 comments:

In The Land Of No 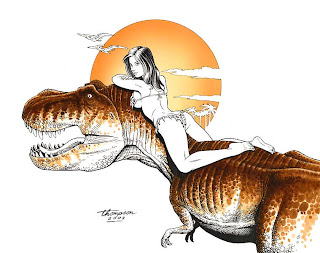 In a land far away and a time long ago
Dwelt a cavegirl named Oola in the Land of No.
Her days were busy spent gathering seeds, nuts, and grasses
When her mate, Ug, came home from hunting, they were both tired off their asses.

Ug was always so tired that time spent mating was tight.
Leaving no room for Oola's delight
This made her feel lonely and all forlorn
But she was afraid to seek help fearing others scorn.

Yet one day her plight was noticed by Woonda, the medicine woman and High Priestess of the Great Cave Bear.
She spoke to Oola in a voice cracked with age, wisdom, and care.
Oola explained that her sex life was an out and out bore.
And could Woonda help her with her knowledge and lore.

With a gleam in her eyes, Woonda said that she had just the trick,
And from her medicine bag she pulled out a bone that had been rubbed slick.
She explained that when Oola had a spare minute or two, she should work the bone good
Just as she wished that her mate Ug would.

The next morning in her cave under the fires glow
Oola decided to give that bone a go.
She squelled and she moaned breaking out in a sweat
And knew that her bone she would never regret.

Every morning Oola made the time for a little bone play
And had a song in her heart and a smile on her face for the rest of the day.
But after a while the bone seemed quite tame
And the happiness it gave just wasn't the same.

One day while Oola was giving in to the bones temptation
She experienced a most delightful vibration.
A bee had flown into a hole in the bones marrow and was buzzing and shaking
Oola threw her legs in the air as her whole body was quaking.

So ladies remember Oola and give praise to her name
For a slicked up bone was never the same.
The very first vibe was Oola's greatest creation
Giving womankind the chance for good vibrations.
Posted by :P fuzzbox at 9:02 PM 15 comments: 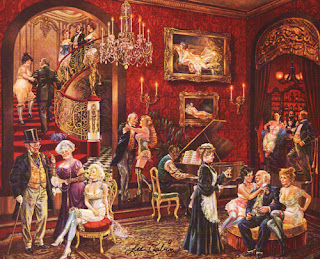 It seems that it is not just Al Gore that is protesting global warming. Bordello owners in Bulgaria are blaming global warming for a lack of staff with the stuff to stiff a staff. They claim that due to a lack of snow at resorts all the best prostitutes have fled to give tourists something else to do on those snowless nights.

I really don't have a damn thing to add to the story but the title came to my head when reading the news story and I would hate to waste a good title.